THE 2022 TOP PERFORMING STOCKS ON THE JSE MARKET 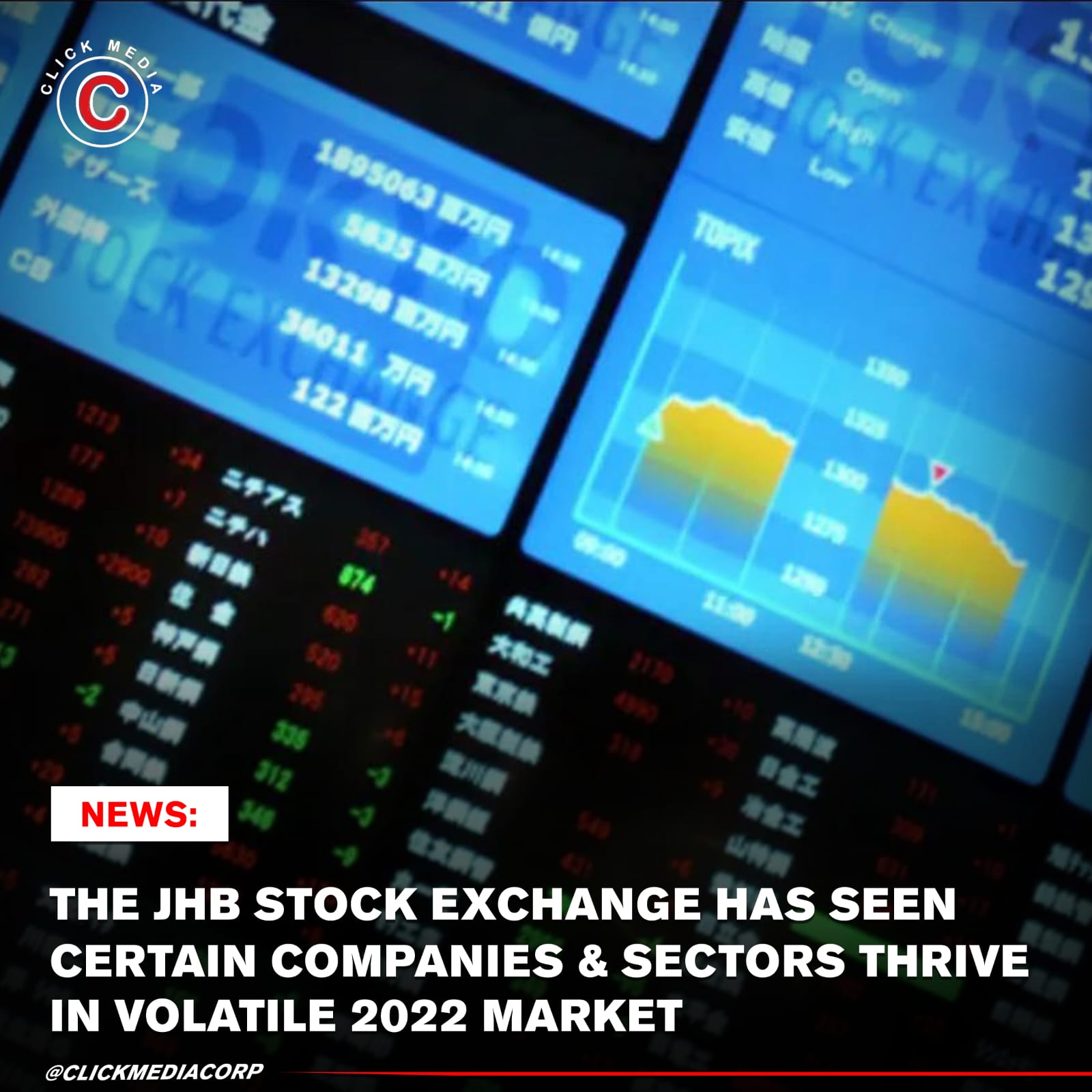 THE 2022 TOP PERFORMING STOCKS ON THE JSE MARKET

The Johannesburg Stock Exchange (JSE) has seen certain companies and sectors thrive in a volatile 2022 market.

Justin Floor, the head of equities at PSG Asset Management, said that under the current market environment, the JSE is offering an above-average number of under-appreciated companies trading at favourable prices.

With major shifts and shortfalls by the government, key industries have made significant gains – one of which is energy stocks.

As of 7 November, Investing.com lists marine cargo company Grindrod, as the highest gainer this year so far. The company saw its stock shoot up after reporting continued strong growth in its import and export revenue

As a result of its positive performance, Grindrod has yielded some of the biggest dividends this year at 9.71%, with an overall market cap of R8.7 billion. Grindrod Ltd is not only limited to marine cargo businesses as it also went into banking with its subsidiary bank, Grindrod Bank.

In the earlier parts of this year, African Bank announced its intention to acquire Grindrod Bank in a deal with R1.5 billion – noting that it would accelerate its entry into the South African business-banking sector.

African Bank has now welcomed all approvals and has acquired 100% of Grindrod Bank. All the conditions precedent to the Grindrod Bank transaction have been met, and all the necessary regulatory approvals were obtained on 6th October 2022.

The JSE itself has seen significant growth in the first half of 2022 across all its segments, with headline earnings per share increasing 29% year-on-year to 542.7 cents per share while operating revenue was up 10% to R1.35 billion.

“Throughout this period, uncertainty in the markets manifested in volatility and higher trade activity. The depth of the JSE’s operational capabilities has ensured resilience during these volatile periods,” said Leila Fourie, Group CEO at the JSE.