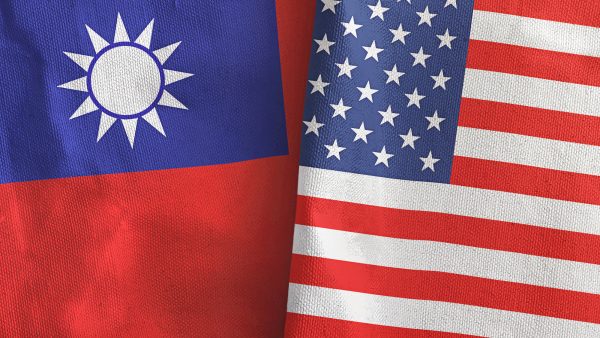 The first major negotiating round of the U.S.-Taiwan Initiative on 21st Century Trade saw the two sides exchange texts on those areas in Taipei, the office said in a statement.

“Officials also reached consensus in a number of areas and pledged to maintain an ambitious negotiating schedule in the months ahead to continue this momentum,” the statement said.

Taiwan’s top trade negotiator, John Deng, told reporters in Taipei he was “quite satisfied” with the outcome of the meetings.

“Both parties are willing to speed up the process,” he said. “There is a high degree of ambition and I hope there will be considerable results this year.”

The talks, which do not include tariff reductions or traditional market access enhancements, aim to reach agreements with “economically meaningful” outcomes and will include discussions on China’s “economic coercion,” Deng said last year.

Taiwan has also applied to join the Comprehensive and Progressive Agreement for Trans-Pacific Partnership, or CPTPP, and Deng said an agreement with the United States could help with that bid.

If an agreement can be successfully signed with the United States, it will also be proof that Taiwan is capable and willing to accept high standards, which will be of considerable help to Taiwan’s membership in the CPTPP,” Deng said.

The U.S. Trade Representative’s office (USTR) said the trade texts exchanged during the Taipei negotiating round “follow through on the two sides’ shared commitment to pursue a high-ambition trade initiative” that would “strengthen and deepen economic and trade ties.”

The USTR statement did not include a date for the next round of negotiations, saying that this would be revealed.

Any agreements reached between the United States and Taiwan would not need approval from the U.S. Congress, but USTR said congressional staff attended the meetings and were briefed throughout the talks.

Despite the lack of formal diplomatic ties, the United States has been eager to bolster support for Taiwan, especially as it faces stepped-up political pressure from China to accept its sovereignty claims.