SARS WARNS EVERYONE WHO USES LOOPHOLES TO AVOID PAYING TAX 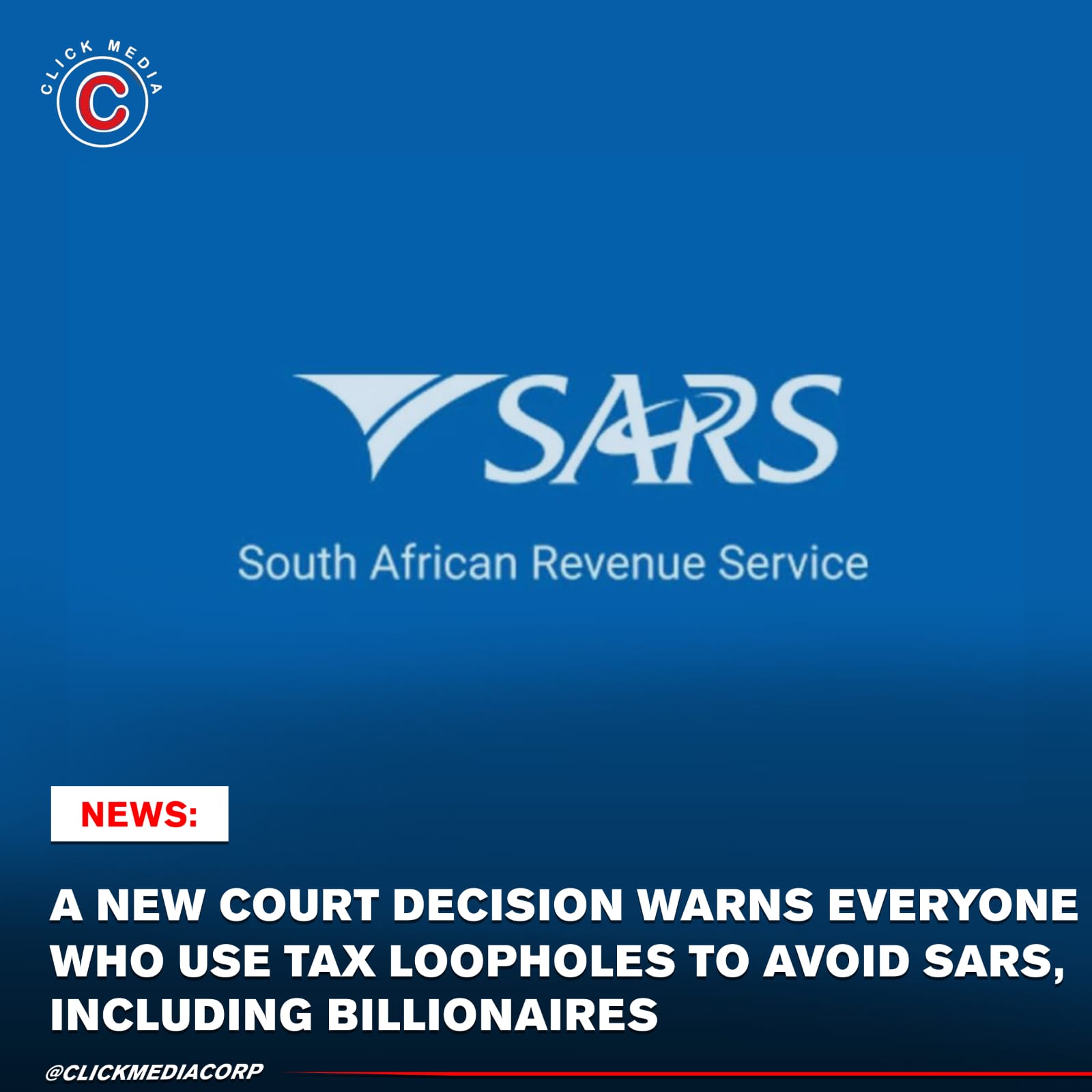 SARS WARNS EVERYONE WHO USES LOOPHOLES TO AVOID PAYING TAX

According to Kyle Fyfe, director at Werksmans Attorneys, the ruling closes a loophole in the country’s tax laws and sharpens the revenue service’s teeth in its fight against non-compliance.

The case revolved around the interpretation of the meaning of “tax debt” when used in the context of the recovery of such debt from third parties. This is recorded in chapter 11 of the Tax Administration Act, 2011 (the TAA).

The taxpayer in this case, Energy Africa, was a company that was ultimately owned by the private firm of South African billionaire Christo Wiese, Titan Premier Investments.

Energy Africa’s only asset was a loan claim of R216.6 million owed by another company in the Titan group, Titan Share Dealers, which Energy Africa distributed to its shareholder in anticipation of Energy Africa being assessed by SARS for capital gains tax and secondary tax on companies.

These assessments were not disputed beyond the objection stage and became final.

“The main issue in dispute between SARS and Wiese was that, at the time that Energy Africa distributed the loan claim of R216.6 million to its shareholder, no assessment had been made by SARS, and there was no ‘tax debt’ in existence,” Fyfe said.

A “tax debt” is defined in section 169(1) of the TAA as an amount which is due or payable to SARS in terms of a tax Act. Put differently, Wiese argued that a tax debt becomes due only once an assessment has been made SARS.

However, the High Court rejected this argument.

In its ruling, it said that the term “tax debt” carries a different meaning when considered in the context of section 183 of the TAA. When referred to in section 183 of the TAA, a tax debt could include an amount which the taxpayer anticipates will become due because of an assessment that will be issued by SARS.

Subsequent events – such as the assessment by SARS or a decision of the Tax Court if there is a dispute – would establish that the taxpayer paid less than the full amount of tax that was due at the time when the return was filed.

“The court held that a contrary interpretation would also frustrate the intended purpose of section 183 of the TAA, which is to prevent taxpayers from dissipating their assets in order to obstruct the collection of tax by SARS, because taxpayers would then be free to rid themselves of their assets right up to the date that SARS makes an additional assessment for tax,” Fyfe said.

“On the other hand, it could be argued that the proper approach – which is intended by the TAA – is for SARS to apply for a preservation order in terms of section 163 of the TAA in order to prevent the dissipation of assets on the grounds that such an order may be obtained in SARS has reasonable grounds to believe that a tax debt may be due.”

Fyfe said that the judgment has been appealed to the Supreme Court of Appeal, “but it seems unlikely to succeed considering the compelling points made by the High Court”.