RUSSIA ORDERD IT’S TROOPS TO WITHDRAW FROM THE CITY KHERSON 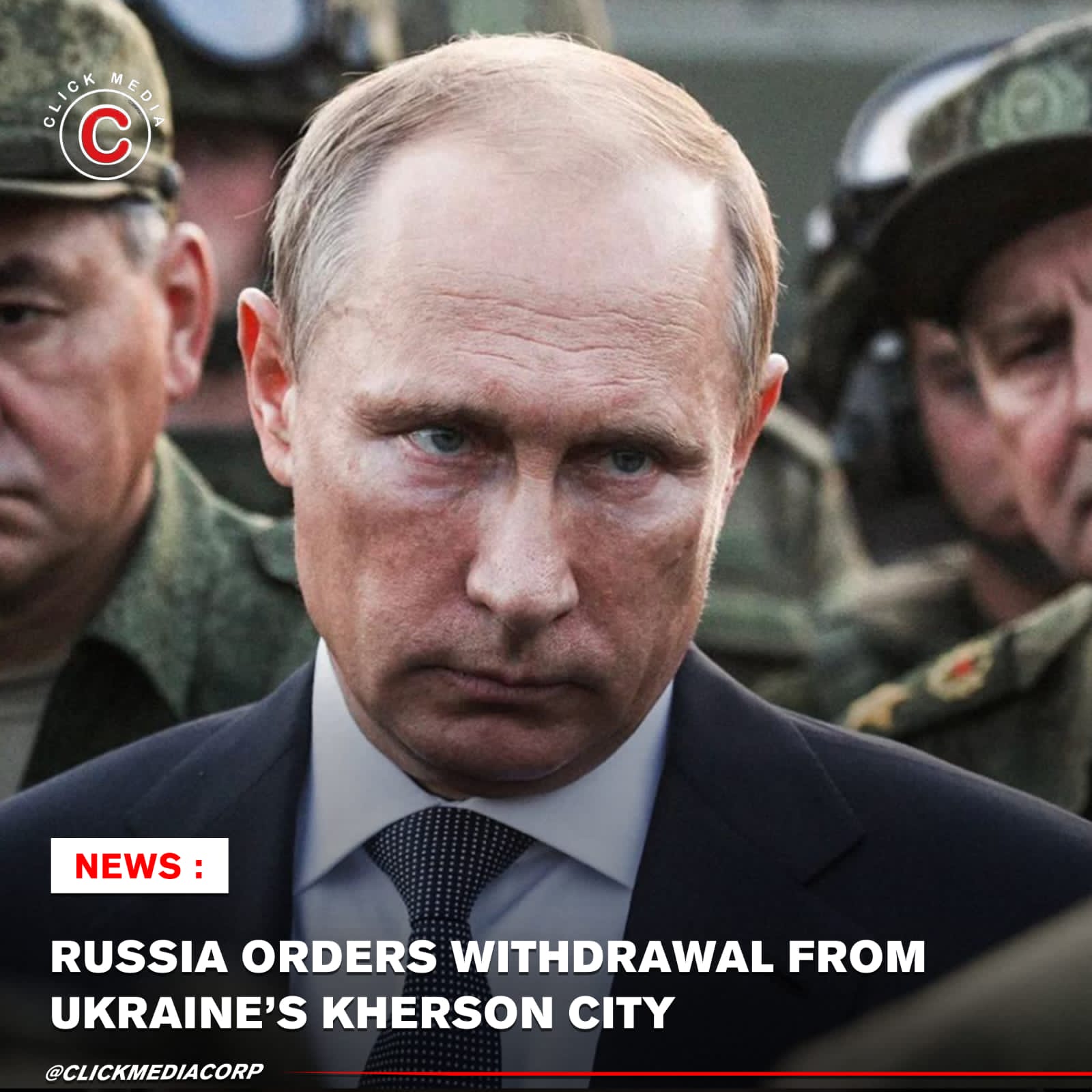 RUSSIA ORDERD IT’S TROOPS TO WITHDRAW FROM THE CITY KHERSON

Russia has ordered its forces to withdraw from the Ukrainian city of Kherson, the only regional capital seized by President Vladimir Putin’s troops since the war began.

The announcement on Wednesday followed weeks of Ukrainian advances towards the city and signalled a potentially huge blow to Russia’s military campaign in Ukraine, which it invaded in late February.

“Having comprehensively assessed the current situation, it is proposed to take up defence along the left [eastern] bank of the Dnieper River,” said Surovikin, standing at a lectern and indicating troop positions on a map whose details were greyed-out for the TV audience.

“I understand that this is a very difficult decision, but at the same time, we will preserve the most important thing – the lives of our servicemen and, in general, the combat effectiveness of the group of troops, which it is futile to keep on the right bank in a limited area.” Russian Minister of Defence Sergey Shoigu also echoed the comments and said: “I agree with your conclusions and proposals. Proceed with the withdrawal of troops and take all measures to transfer forces across the river.” The announcement came hours after the Russian-installed deputy head of Kherson, Kirill Stremousov, was reportedly killed in a car crash after weeks of urging residents to evacuate the area.

Pavel Felgenhauer, a Moscow-based Russian military and defence analyst said the announcement was a “big blow” to Moscow and was being criticised in Telegram channels linked to the nationalist right.

“Politically it’s very embarrassing,” Felgenhauer told Al Jazeera, “But militarily it makes sense and that is why Russian generals were pressed into such a decision. This is not a Russian defeat since it will be withdrawing in an orderly manner and Ukraine will advance cautiously, afraid of any kind of Russian trickery.”

Prominent Kremlin supporters including Wagner Group founder Yevgeny Prigozhin and Margarita Simonyan, editor-in-chief of state media outlet RT, put a positive spin on Surovikin’s announcement noting the need to save lives, with Simonyan drawing parallels with the 1812 decision to abandon Moscow to Napoleon.

Ramzan Kadyrov, the Chechen leader who has frequently urged a more aggressive approach to the war and called for the use of low-grade nuclear weapons, said Surovikin had “made the difficult but right choice between senseless sacrifices for the sake of loud statements and saving the priceless lives of soldiers”.