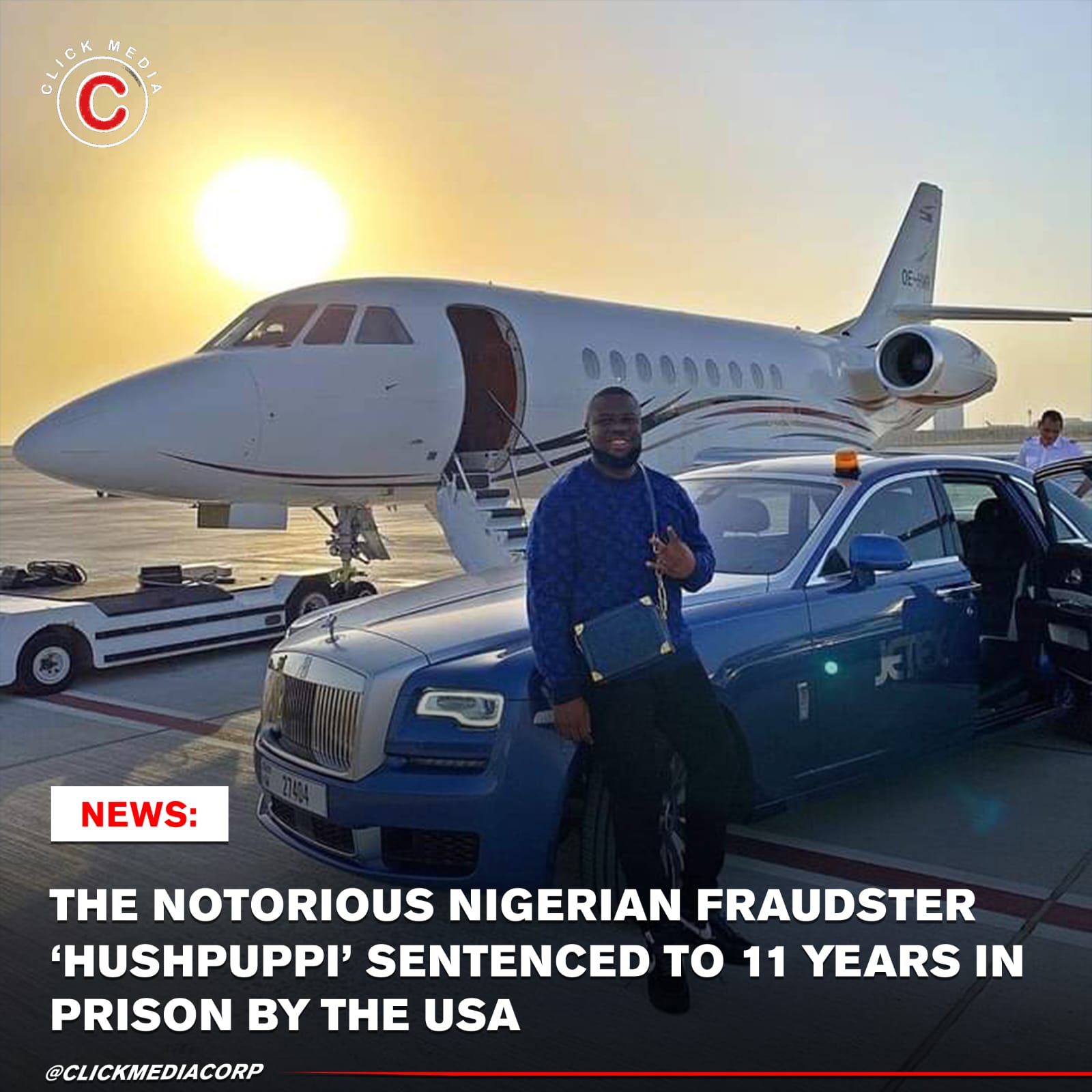 A Nigerian influencer who attracted millions of followers on Instagram by showing off luxury cars and high-end clothing was sentenced on Monday to 11 years in prison for his role in business email compromise schemes and money laundering.

Ramon Abbas, who was known online by his social media handle Hushpuppi, was ordered by a California judge to also pay a total of more than $1.7 million in restitution to two victims.

Abbas pled guilty in April 2021 to — among other things — stealing more than $1 million from a Qatari businessperson who was attempting to finance the construction of a school for children. According to court documents, Abbas and his co-conspirators created bogus websites and pretended to be bank officials as part of the scam. Other targets included the client of a New York law firm, a foreign financial institution, and a professional soccer club, which together caused more than $24 million in losses, according to prosecutors.

The 40-year-old Abbas used the proceeds from his digital crimes to fund a lavish lifestyle that he flaunted on social media. He spent $230,000 of the stolen funds on a Swiss watch, prosecutors alleged, as well as citizenship and a passport from the Caribbean nation of Saint Kitts and Nevis. On Instagram, Abbas regularly posed next to Lamborghinis and Rolls-Royces, shopped at designer stores, and flew on private jets. His Instagram account has since been removed.

“Abbas leveraged his social media platforms – where he amassed a considerable following – to gain notoriety and to brag about the immense wealth he acquired by conducting business email compromise scams, online bank heists and other cyber-enabled fraud that financially ruined scores of victims and provided assistance to the North Korean regime,” said Don Alway, the Assistant Director in Charge of the FBI’s Los Angeles Field Office.

Abbas was arrested in Dubai in June 2020 and was extradited to the U.S. As part of a plea deal, he admitted to playing a role in a scheme to launder $14.7 million stolen from a bank in Malta. In a separate indictment, the U.S. charged three North Korean military hackers for committing the cyber heist, alleging that the stolen funds were “destined for the North Korean government.”

Business email compromise schemes, which often involve compromising legitimate email accounts and using them to trick others into transferring large amounts of funds, have been a growing concern for corporations and law enforcement. In May, the FBI’s Internet Crime Complaint Center (IC3) said such scams have led to more than $43 billion in losses since 2016.