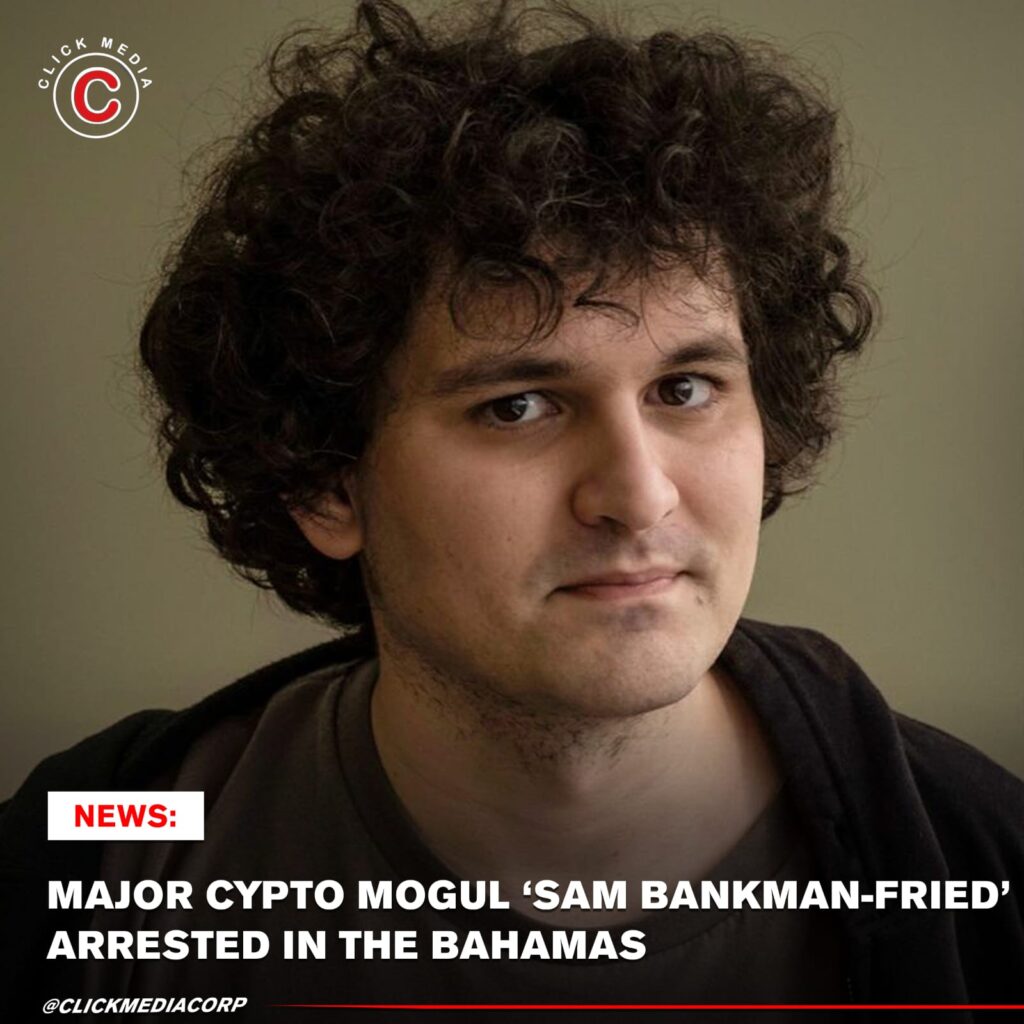 Sam Bankman-Fried, the disgraced co-founder of digital-asset exchange FTX, was arrested in the Bahamas after the US government filed a criminal indictment, following weeks of speculation that client funds were misused before his empire’s collapse.

Bankman-Fried is being held in custody pending an extradition process, the island nation’s attorney general, Ryan Pinder, said in a statement Monday.

Federal prosecutors in Manhattan plan to unseal the case against him Tuesday morning, “and will have more to say at that time,” Damian Williams, US attorney for the Southern District of New York, said in a separate statement. He didn’t elaborate on the allegations.

The Securities and Exchange Commission separately authorized civil charges relating to Bankman-Fried’s violations of securities laws, Enforcement Director Gurbir Grewal said in a statement. Those civil charges are expected to be filed publicly in Manhattan Tuesday, according to the statement.

Bankman-Fried has been facing investigations in the US and the Bahamas, where FTX was headquartered, into a range of possible misconduct. One key inquiry has been whether customer funds were lent out to trading firm Alameda Research, which Bankman-Fried also founded. More than 100 FTX-related entities filed for US bankruptcy protections on Nov. 11.

“To indict this early, when they didn’t have to, tells me that they have incredibly powerful evidence,” said Gene Rossi, a former federal prosecutor. Rossi added that prosecutors were probably “gravely concerned” that Bankman-Fried would flee to a jurisdiction where he could not be extradited.

The White House declined to comment on the arrest and charges.

House Financial Services Committee Chairwoman Maxine Waters told reporters the panel still plans to hold its hearing on FTX’s collapse. “It’s important for the American public to understand FTX and what was going on,” she said.

Bankman-Fried, 30, is being held at the Cable Beach police station in Nassau, according to an officer working at the facility. The person, who declined to give a name when reached by phone, said that all the cells there are comfortable, but didn’t provide details.

The facility is about 13 miles from the Albany Bahamas luxury community where Bankman-Fried lives and is located close to a main tourist zone.

Bankman-Fried’s arraignment is scheduled for Tuesday, according to a person familiar with the matter.

In media interviews since FTX’s collapse, Bankman-Fried has admitted major managerial missteps, but has also claimed that he never tried to commit fraud or break the law.

In his remarks prepared for the US House hearing that Bankman-Fried was scheduled to appear at on Tuesday, he offered a blunt assessment of his plight.

“I would like to start by formally stating under oath: I f—-ked up,” Bankman-Fried said in draft copy of his remarks obtained by Bloomberg News.

He added that the company’s new managers, led by restructuring expert John J. Ray III, have repeatedly rebuffed his offers to help sift through the wreckage of the collapsed crypto empire. Ray, who’s now leading the company, hasn’t responded to five of his emails, he said.

Prior to the arrest and long before his empire collapsed into bankruptcy, federal prosecutors in Manhattan had already been looking into FTX as part of broader sweep of exchanges and potential anti-money laundering violations under the Bank Secrecy Act.

The investigation, led by the Complex Frauds and Cybercrime Unit, took a different trajectory after FTX’s catastrophic implosion.

Prosecutors were closely examining whether hundreds of millions of dollars were improperly transferred to the Bahamas around the time of FTX’s Nov. 11 bankruptcy filing in Delaware, according to a person familiar with the matter.

They were also digging into whether FTX broke the law by transferring funds to Alameda Research, the bankrupt investment firm also founded by Bankman-Fried, Bloomberg reported previously.

Last week, prosecutors, the FBI, Department of Justice officials and FTX’s new CEO and restructuring expert Ray met at SDNY’s headquarters in downtown Manhattan. Potential charges were not discussed at that meeting, according to a person familiar with the conversation.