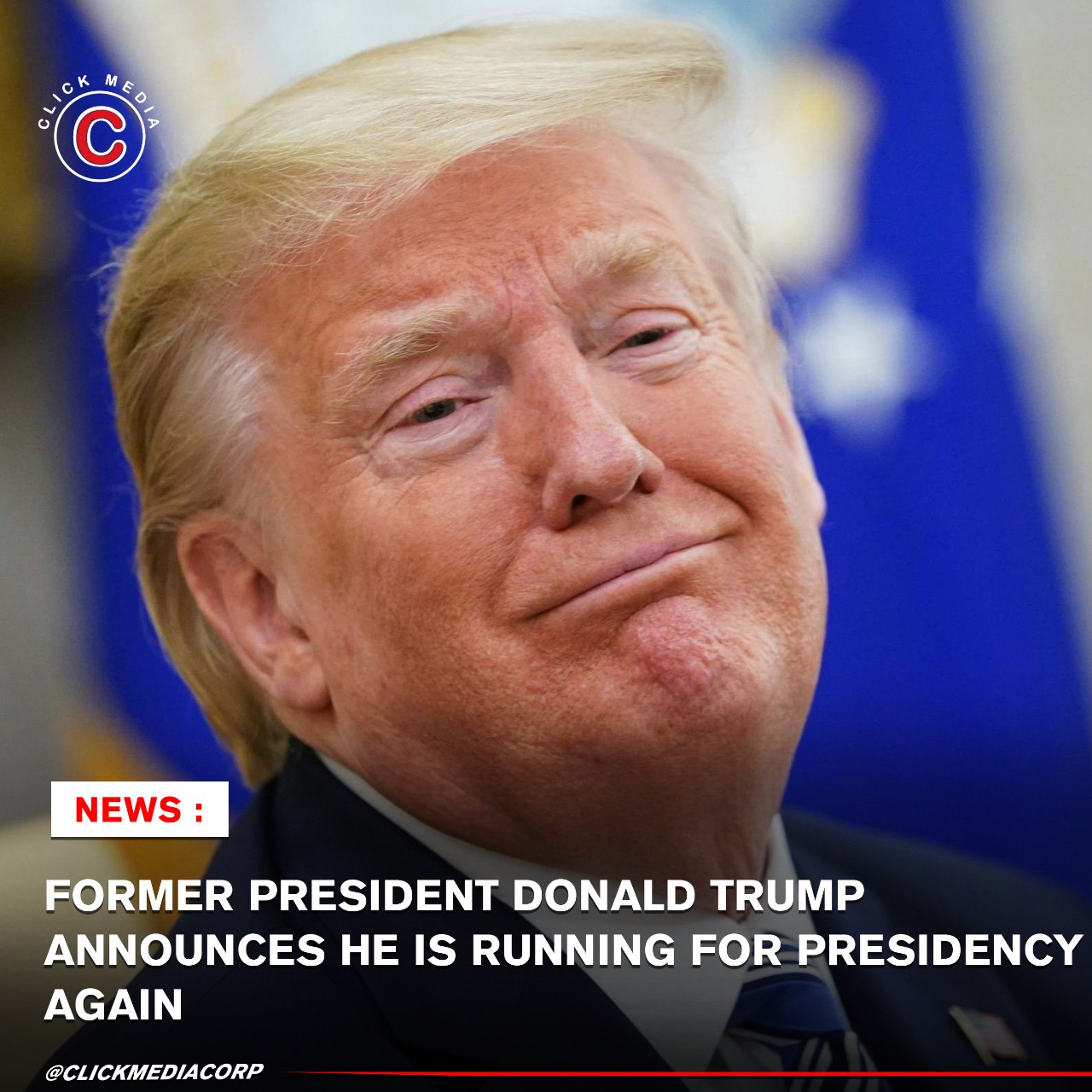 Donald Trump, who tried to overthrow the results of the 2020 presidential election and inspired a deadly riot at the Capitol in a desperate attempt to keep himself in power, announced he is running again for president in 2024.

“I am announcing my candidacy for president of the United States,” Trump, 76, said flanked by massive American flags, at his Mar-a-Lago club and home in Palm Beach, Fla.

The announcement — and official filing — comes just a week after the 2022 midterm elections, which saw a lackluster performance from Trump-backed Republican candidates in key Senate races and competitive House elections. As a result, Democrats were able to retain control of the Senate.

“America’s comeback starts right now,” Trump said, claiming, “Your country is being destroyed before your eyes.”

The dark vision hearkened back to Trump’s inauguration speech of a country suffering “American carnage” and in need of him to fix it.

Trump running sets up a potential rematch against President Joe Biden, who will turn 80 on Sunday and says he intends to run for reelection in 2024. Exit polls showed inflation to be the top issue with midterm election voters overall. They said they trusted Republicans more on the issue than Democrats by a wide margin. And the electorate was nearly three-quarters white, reversing a decades-long trend of a decline in white voters as a share of the midterm electorate. And yet, Republicans underachieved — and fingers are being pointed in Trump’s direction, even from within his own party.

Anger over the Supreme Court’s ruling overturning Roe v. Wade, which made abortion legal in this country, buoyed Democrats in these elections. But voters also sent a message that they didn’t want extremes, rejecting Trump candidates up and down the ballot who peddled his baseless election lies.

Republicans lost in competitive Senate races in purple states, like Pennsylvania, New Hampshire, Arizona and Nevada. Democrats could further expand their majority with a runoff election three weeks from now in Georgia, with yet another Trump endorsee, who has struggled mightily.

For the House, Republicans are on the precipice of control, but by a far smaller majority than they were hoping for, likely hampering their ability to pass legislation next year.

Of the 64 House race contests the Cook Political Report rated as toss ups or leaning toward one party or the other, Trump endorsed in 21. Only seven have won. It was even worse for Trump candidates in the most competitive races. Of the three dozen toss-up races, Trump backed nine candidates. Only one has won.

And yet, Trump is launching another run for president and falsely claiming his candidates did well, despite the evidence that his brand and his style of politics have proven radioactive in competitive states and districts for multiple election cycles in a row now.