FOOTBALL UNITES BEHIND CALL FOR #NO DISCRIMINATION 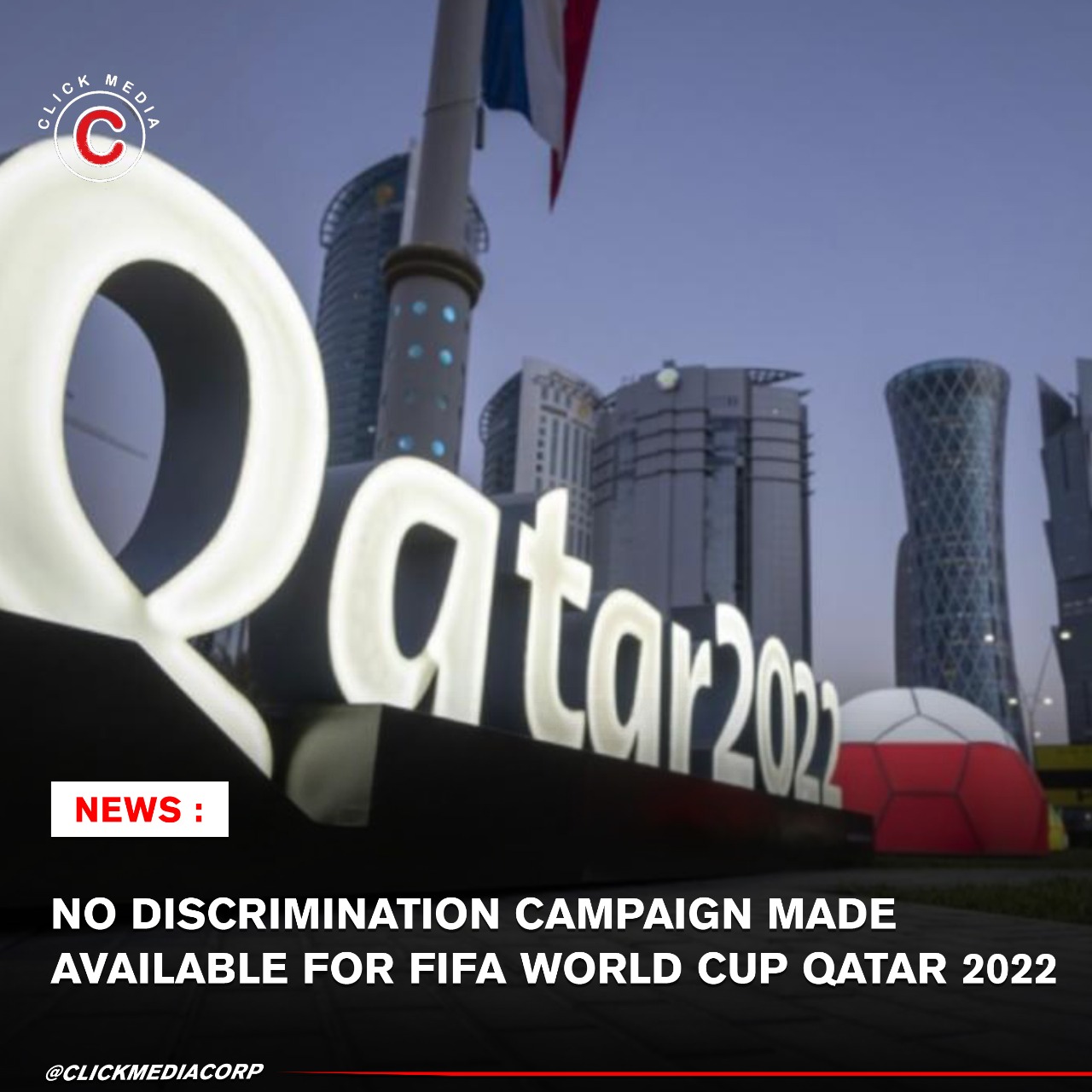 FOOTBALL UNITES BEHIND CALL FOR #NO DISCRIMINATION

FIFA has warned the seven European football teams that are competing at the 2022 Qatar World Cup that they are not permitted to wear “OneLove” armbands that show solidarity with LGBTQ rights during the tournament. According to multiple media sources, wearing the armbands will result in a penalty. Hours before the matches began, FIFA gave the warning that it would issue a yellow card to any player wearing the rainbow-coloured armband. A player is sent off the field if two yellow cards are issued.

A statement quoted on CNBC, the soccer associations from England, Wales, Germany, Denmark, Belgium, Switzerland and the Netherlands, shared that FIFA “has been very clear that it will impose sporting sanctions” should the captains of the teams wear the rainbow-coloured bands. As such, the associations do not want to put the players in a situation where they can face sanctions. Team captains are as such advised not to wear the armbands.

The association added that while it is prepared to pay fines “that would normally apply to breaches of kit regulations”, it cannot put “players in the situation where they might be booked or even forced to leave the field of play”. The statement also expressed frustration at FIFA’S decision, calling it “unprecedented” the teams’ joint statement said and pledged to show their support for inclusion using other methods.

Just yesterday, on its website FIFA also said its “No Discrimination” campaign has been brought forward from the initially planned launch during the quarter-finals stage. This is to enable all 32 captains with the opportunity to wear the captain’s armband – different from the “OneLove” band – during the FIFA World Cup Qatar 2022. According to FIFA, it wants to come across as an inclusive organisation that wants to put football to the benefit of society by supporting good and legitimate causes, but it has to be done within the framework of the competition regulations which are known to everyone.

Meanwhile, FIFA President Gianni Infantino has reiterated his support of the LGBTQI+ community during the FIFA World Cup Qatar 2022. He said, “I have been speaking about this subject with the country’s highest leadership. They have confirmed, and I can confirm that everyone is welcome. If anyone says the opposite, well it’s not the opinion of the country and it’s certainly not the opinion of FIFA.”

A quick check by MARKETING-INTERACTIVE also saw the Twitter, @FIFAPRO, the global union for professional football players defending the rights and interests of 65,000 players via our network of 66 national associations, posted a statement saying: “By wearing the armbands, the captains would have been the vessel of collective action. Passing the threat of sanction onto them is wrong. Players must have the right to express their support for human rights on and off the field of play and we will support any of them who will use their own platforms to do so.”

This isn’t the first controversial news that FIFA is involved in of late. World Cup host Qatar initially reportedly requested for Budweiser to relocate all its beer tents outside the FIFA World Cup stadiums.

According to the New York Times, the highest levels of the Qatari state have delivered a message that all related beer tents must be relocated outside the stadiums and there would be no discussion about it. Qatar is a predominantly Muslim country with limited availability to alcohol.

This comes as the royal family appears to be concerned that the prominent presence of alcohol brands at stadiums would upset the local population, along with worries around potential security problem would occur, said the report. However, the beer brand said it was informed of the new plan on 12 November, eight days before the official tournament starts.

However, Qatar now has banned sales of alcohol at the stadiums in a last-minute decision, according to Reuters.

He added that tourists will be accepted in Qatar, but must abide by the rules of the country. He added that he was concerned about children learning “something that is not good”.

Salman’s comments added fuel to the fire of the criticism Qatar has already faced due to human rights issues in the nation and of its treatment of foreign workers. The government, however, has denied the claims.

Due to the comment, former football star David Beckham was also caught amidst the controversy and faced harsh criticism by human rights campaigners for praising Qatar as “perfection” in its tourism videos. Beckham appeared in a series of videos on Qatar Tourism’s website where he is seen visiting desert camps and trying local food – essentially all the things you will expect a tourism video to contain.

Unfortunately, his delivery on the line “This is perfection for me” has railed up many human rights activists.

The video saw Amnesty International calling out the former star athlete for failing to acknowledge the abuses by helping the country rake in tourism dollars. The London-based company called out Beckham for making “no mention of the country’s appalling human rights record”, according to several media reports.