China reopening earlier than expected could hit supply chains in the short term, but boost growth in 2023 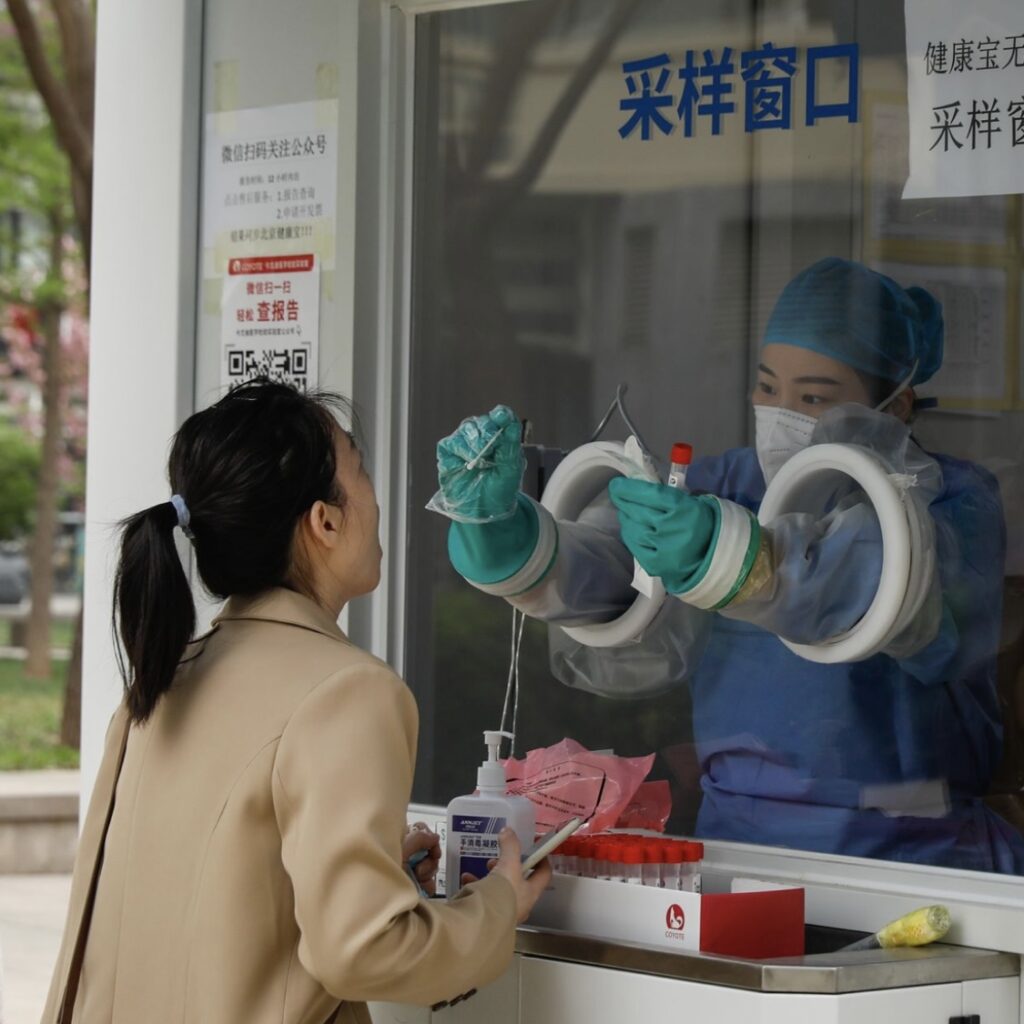 Mainland China’s reopening came sooner than expected for investors, and Goldman Sachs warns it will lead to short-term strains in the workforce and supply chains.

According to mobility data analyzed by economists at Goldman Sachs, China is likely to see “weaker growth momentum during the frontloaded ‘exit wave’ on the back of surging infections, a temporary labor shortage and increased supply chain disruptions,” it said in a note Tuesday.

“Amid the rapid reopening, the challenge to China’s medical system may have been significantly escalated, especially for less developed inland and rural areas amid the upcoming Lunar New Year holiday,” Goldman economists including Lisheng Wang and Hui Shan wrote, adding that they expect mainland China’s daily new cases to reach a peak in late December or early January.

On Saturday, Shanghai’s Tesla factory reportedly suspended production as the company faced a fresh wave of Covid cases within its Chinese workforce. The company’s stock dipped more than 10% lower Tuesday and continued to hover around 2022 lows.

According to economists polled by Reuters, China’s factory activity is expected to have contracted in December when its National Bureau of Statistics releases its manufacturing Purchasing Managers’ Index on Saturday.

Economists predict the reading will come in at 48, below the 50-point mark that separates growth from contraction and in line with levels seen in the previous month.

“We view the new guidelines as a major step towards the full reopening, but caution on the increased challenges to China’s medical system in the near term,” the economists said in the note.

“This highlights the urgency of more and faster policy efforts to boost elderly vaccination and other medical resource supply,” such as intensive care unit beds, oral medication and medical staff, the note said.

Despite shorter-term concerns for China’s reopening, economists have a rosy outlook for China’s growth in the long run.

“Improved growth expectations in 2023 might outweigh unfavorable factors such as deterioration in goods and services trade balances,” the Goldman Sachs note said.

The economists added the latest developments for reopening supports the firm’s previous forecasts for China’s economy to grow 5.2% in 2023, after expanding 1.7% in the fourth quarter of 2022 on an annualized basis.

The latest outlook was revised in mid-December, when it raised its forecast for 2023′s full-year growth from a previous prediction of 4.5%.

“Although we are confident that growth should accelerate meaningfully on reopening, significant uncertainties remain on Covid evolution, consumer behavior, and policymakers’ reactions, which in turn determine the pace and the magnitude of the Chinese economy’s recovery next year,” it said in the Dec. 16 note.

The firm added that the country’s reopening measures are positive for the onshore yuan as well, adding it only expects marginal weakening of the currency over the next year to maintain 6.90-levels against the U.S. dollar.

The economists at Goldman Sachs said the latest measures will likely benefit the surrounding region’s growth as travel normalizes.

In a Dec. 11 note, the economists said Hong Kong and Singapore are likely to benefit the most, with their GDP increasing by 2.7% and 1% respectively – a halo effect from China’s reopening boosting its own domestic final demand by 5 percentage points.

Taiwan, Australia, and Malaysia will also see a moderate boost, of about 0.4 percentage points, to their economies, the note said.

“The positive impact of these easing measures should go beyond international travelers,” Pang said in a note.

She said an increase in overall international travel flow will boost related industries, such as airlines, hotel accommodations and catering.

“The easing could also reduce the level of worries of Covid among the general public, and gradually they would not perceive Covid as a big threat – this should increase mobility within the country from the first quarter of 2023, and therefore consumption as well,” she said.